In 1954 Dr.  Henry C. Gunning began his service as the fourth Dean of Applied Science. During his 5 years as Dean he developed a strong relationship with Walter Gage. Those feelings were expressed at the 1975 Engineering Undergraduate Society Ball:

“I would not wish to have been dean if Walter had not been in the higher echelon of UBC administration He helped me in many ways. First as a guest and then as a regular participant, he attended the regular fall dinner for the EUS executive, started about 1954 in the hope that good food, friendly talk and some sage advice might help to keep the roof on the building. He seemed always to have an almost intuitive understanding of and sympathy for the aspirations and motivations of the undergraduates, even when the motivation led to activities of questionable merit…. ” 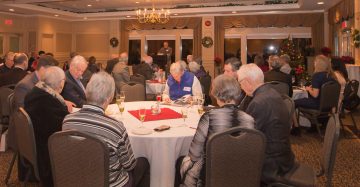 He brought along a poem that Walter penned specifically for Henry.
“Walter’s poem was one of 17 ‘letters’ from the heads of Applied Science departments, and others, presented at a co-ed farewell gathering in 1959.
They are all nicely collected in a sleeved binder.  Many were in verse, as Walter’s, illustrating the broad talents of the various profs, and perhaps the nature of the times.
It is both a family and a periodic treasure!  I’ve given copies of their father’s letters to friends whose fathers were present – including Janie Shrum and Herb Forward.
They were a most talented bunch – and so interesting in so many ways!” 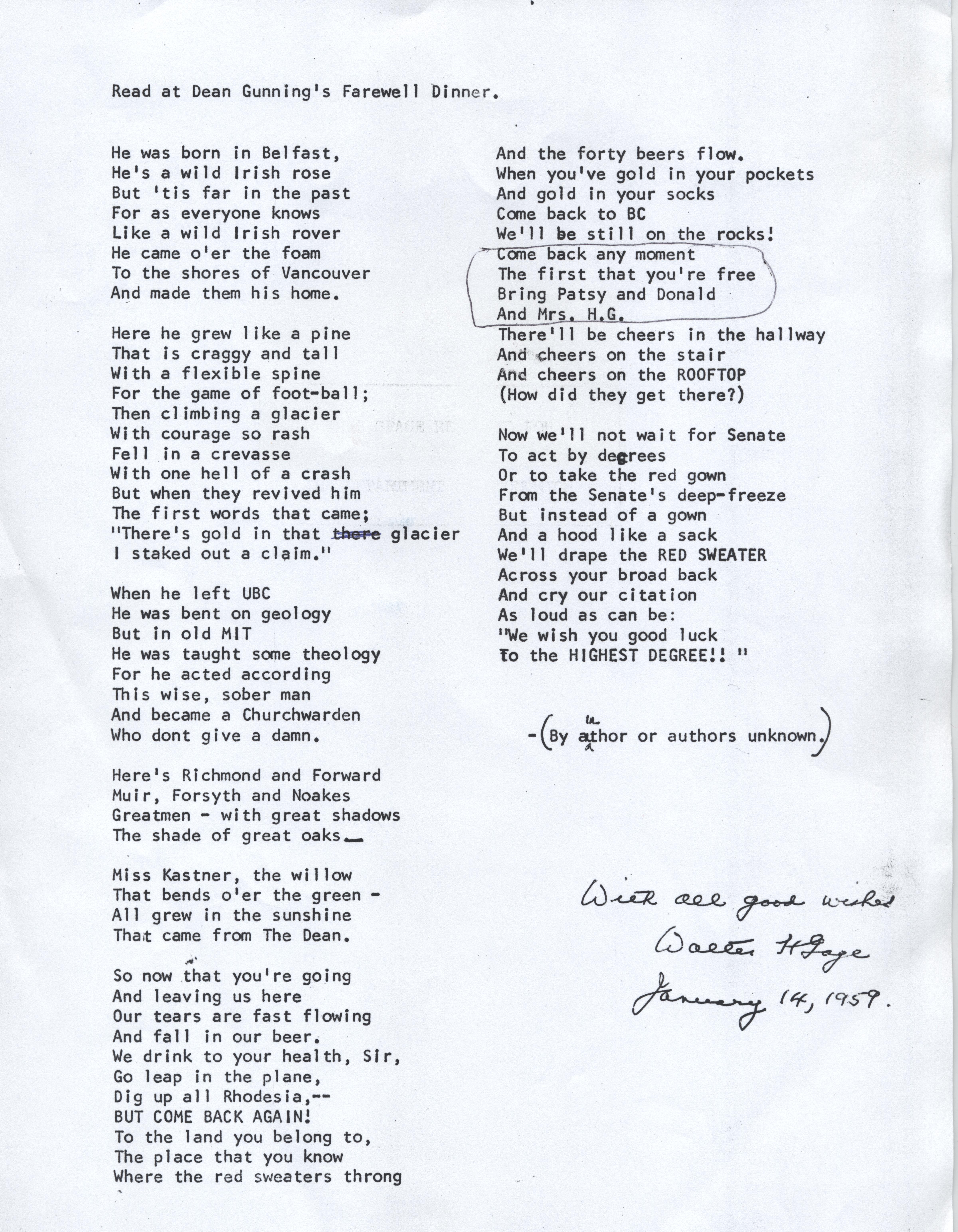